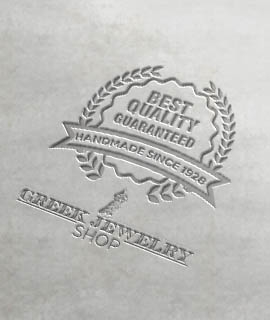 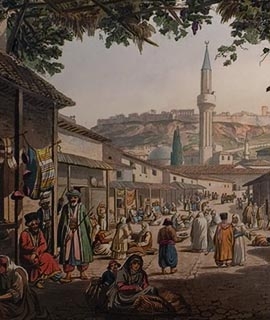 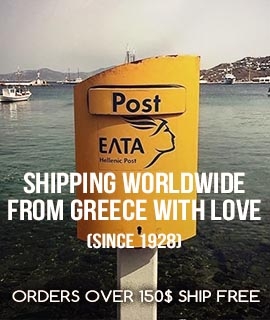 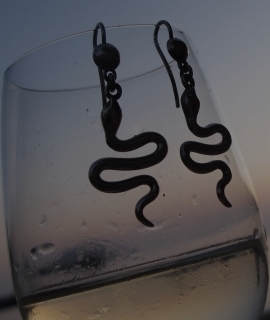 GET FREE SHIPPING ON YOUR SECOND ITEM

is an online gallery and showcase for the Athens based traditional "Vaphiadis Jewelry" workshop. We offer premium grade silver and gold ancient jewelry and artifact reproductions made the old-school way by talented artisans.

Quality is very important to us and our extensive high-end silver jewelry range is proof of a passion towards Greek jewelry lasting for over 4 family generations.

We supply over a hundred select jewelry shops in the Athens area as well as in other areas of Greece such as Delphi, Crete, Rhodes, Kos, Corinth, Epidaurus, Nafplion, Olympia, Corfu and the Cycladic islands, and museum shops and other specialized jewelry shops around the world.

Our items have been preferred steadily by collectors worldwide and also by a great range of enthusiasts, ranging from travellers, historians, coin collectors, classicists. Finally and proudly over the years, a number of heads of state have purchased our items on official visits to Greece.

Continuing the tradition of our forefathers, quality is our guarrantee. We aim at creating and cultivating in-depth relationships with our business partners using our knowledge and market expertise to assist many elements of business.

If you're a business interested in offering the best of ancient jewelry reproductions to your clientelle, use our wholesale page you can let us know what your needs are and it will be our pleasure to work with you to develop a tailored relationship.

Over 80 years of Tradition

A few words about our background..

The Vaphiadis family is deeply inspired by ancient silver and gold jewelry, museum themes, coin pendants and other historic articles. Many craftsmanship skills, secrets and actual moulds have been passed down for many generations within our family heritage dating back to the late 1800's in Asia-Minor and Northern-Europe and in Athens since 1928.

Eleftherios Vaphiadis was a skilled artisan by trade born around 1880 in Sinope, a highly developed and mainly Greek populated area of modern-day Turkey. Having given birth to 2 of his 4 children, in around 1910 he was seized for forced labour by the Turks in inner Turkey like many other Greek men of his age. 10 years later he was one of the only survivors from the thousands of Greeks that had been brutally massacred. Due to his outstanding skill and mastery in precious metal engraving, he had managed to gain the respect of influencial Turkish leaders for whom he crafted ornate swords and decorative weapons. Shortly after his release in the mid 1920's, he fled with his family to Ioannena in Northern Greece and became one of the leading silversmiths in this city, which had a renown heritage in Silver.

His son, Vasilios Vaphiadis (1909-1982) and grand-son Eleftherios Vaphiadis (1940-2004) continued the legacy and each in turn became important pioneers in the development of the Greek Jewellery sector. Vasilios in his later years also became patron to established Museum collections in Greece by donating numerous articles of his personal antique and ancient artifact collections to the public domain.

The 1960's Greek tourism boom found the Greek Gold sector at it's initial stages of development but also at a very creative and fruitful phase. Lefteris Vaphiadis at this time was one of most skilled artisans in the sector who chose to recreate many museum artifacts for the first time into the medium of jewelry.  Many of the resulting jewelry designs were such a success and were so frequently copied by other jewelers that they became almost generic items. Amongst these, the mask of agamemnon, and the disk of phestos, the splendid archaic greco-Roman Ram and lion torc range and last but not least the 1960 designed dolphin ring,originaly a minoan design by theme, which ranks as possibly one of the top most copied jewelry designs ever, internationally.

Bringing ancient styles and cultural heritage into the realm of jewelry was not only a great success but set a benchmark for a new type of jewelry associated to ancient themes on a global platform.

Today we, the Vaphiadis family continue to apply a number of researched techniques of ancient silversmithing, avoiding as much as possible, modern manufacturing methods. We feel that this adds significantly to the quality and the over-all feel of our items. One of these primitive techniques (which provides un-matched definition and detail to our items) is casting in earth. We mold and cast silver in real soil much like silversmiths did 200 years ago!

While most of these methods have today been replaced by more efficient stream-lined techniques, we find that offering this uncompromised quality is deserved by enthusiasts who can see and feel the difference. Although such means are indeed costly and skill-intensive, we make sure that our creations remain affordable to alm