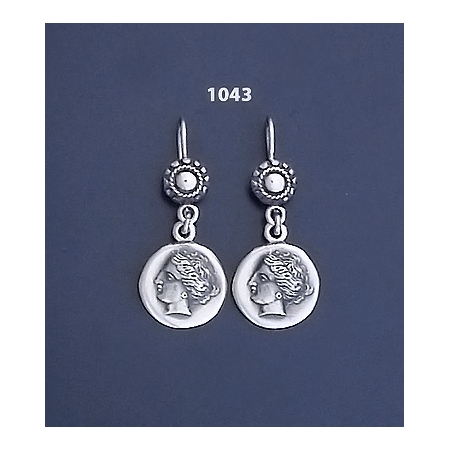 This female head is most often identifi ed as Aphrodite/Aphroditi (Venu s in Roman) goddess of beauty.  c. 400-350 BC drachm Corinth (central Greece).

Aphrodite is the famous Greek goddess of love, beauty, and sexuality. She was born of the sea, near Paphos, in Cyprus. Her
birth is quite amazing, as according to Hesiod, she was arisen from the sea foam. Hesiod in his Theogony described that Cronus had cut off Uranus genitals & threw them into the Mediterranean sea. They were carried over the waves for a long time, but the immortal flesh of Uranus created white foam. Among them, on a floating scallop shell grew a girl, later to become goddess Aphrodite. Eventually she was foam-arisen in Paphos, that became her main center of worship.
Aphrodite's most common feature was beauty, and it was because of that immaculate beauty that she created chaos among the other gods of the Olympian Pantheon. Therefore, the great Zeus forced her to marry Hephaestus, (god of technology, blacksmiths, craftsmen, artisans, sculptors, metals, metallurgy, fire and volcanoes) known for his ugliness who wasn't considered as a thread. Hephaestus was overjoyed at being married to the goddess of beauty and forged her beautiful jewelry, including the cestus, a girdle  that made her even more irresistible to men. But goddess Aphrodite was so unhappy with her marriage that searched for companionship from other men, both mortals and immortals, like Ares (Aris) and Adonis.

In Roman mythology she is referred as goddess Venus.

Thank you for your service. The earrings are beautifully crafted and it will make a great gift. I will recommend the shop both for services and great jewelry. Thank you. 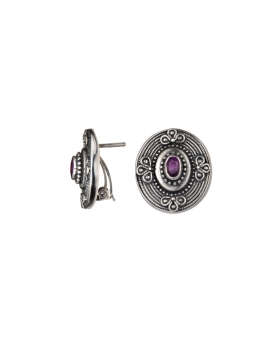 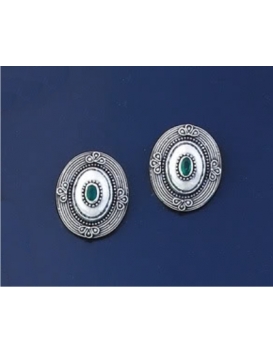 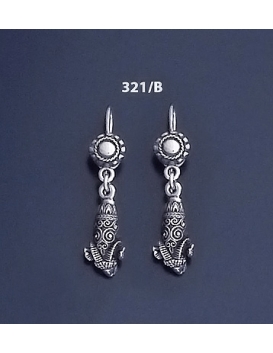 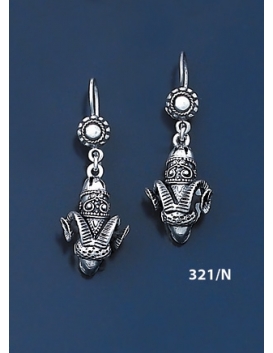 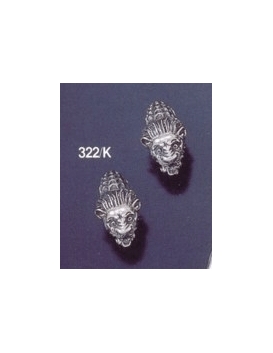 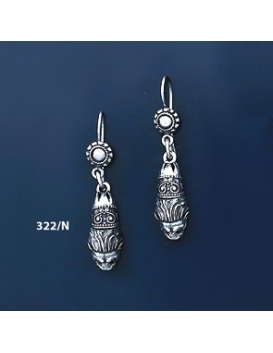 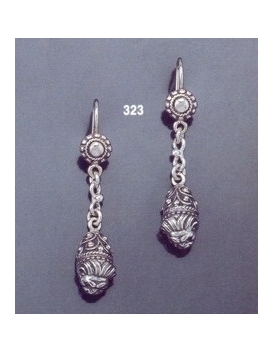 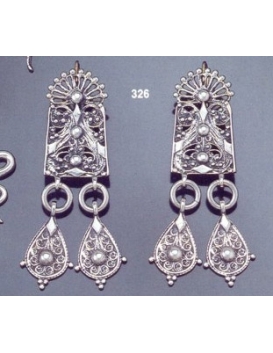 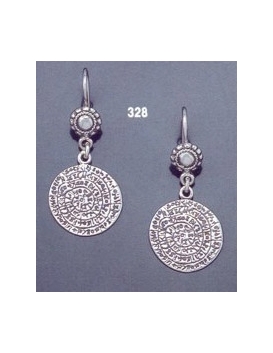 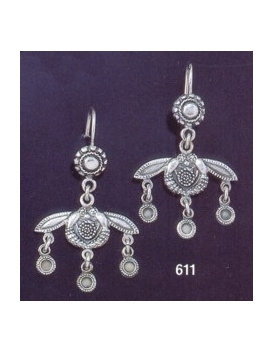 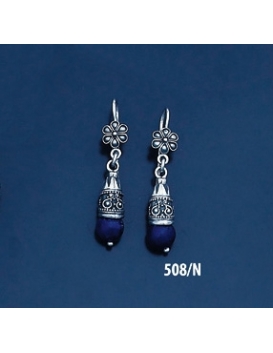 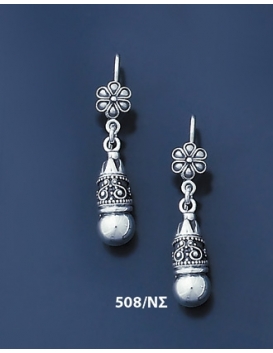 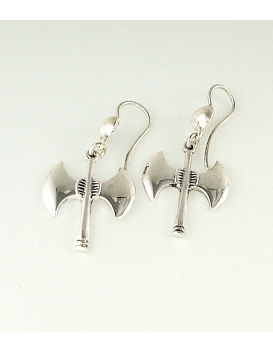 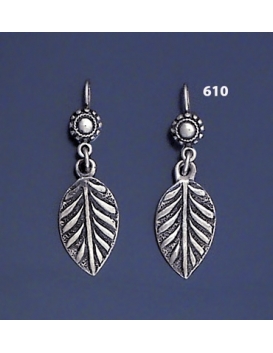 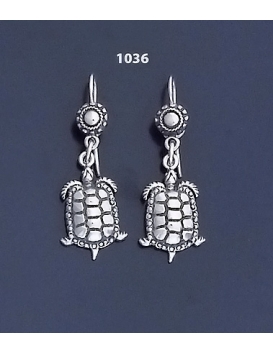 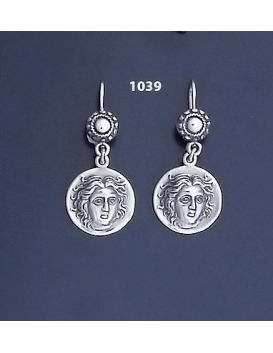 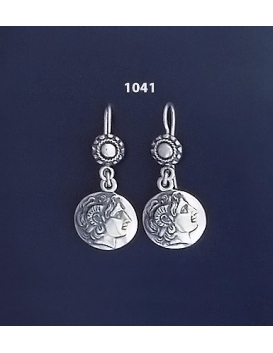 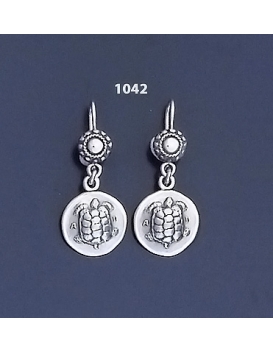 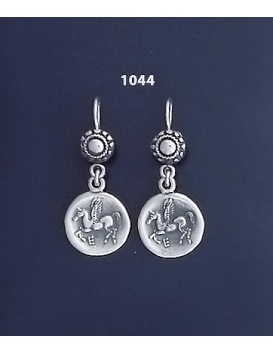 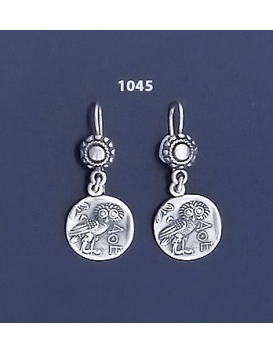 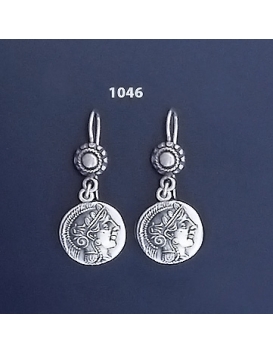 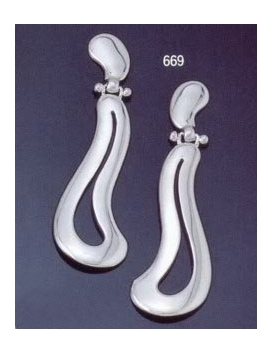 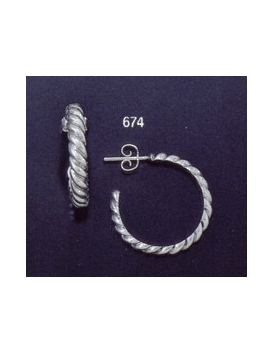 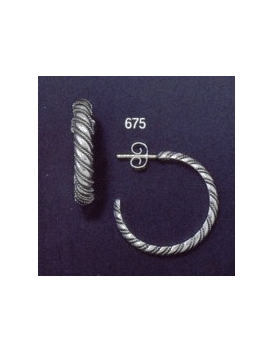 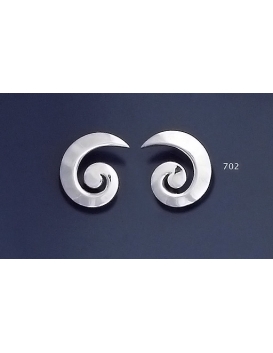 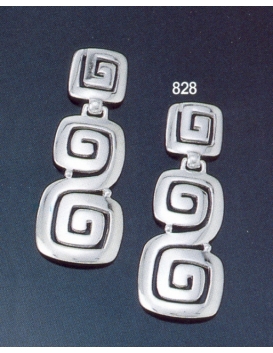 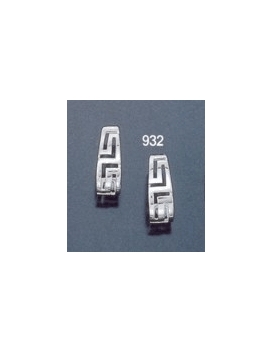 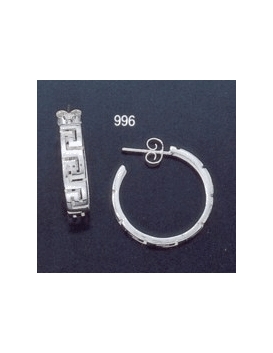